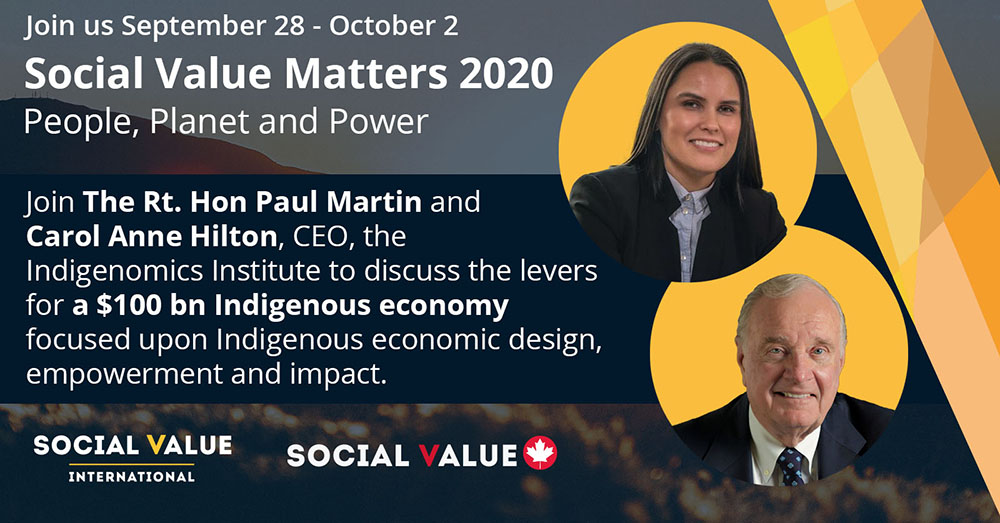 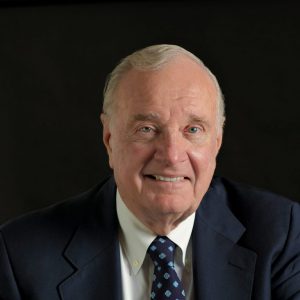 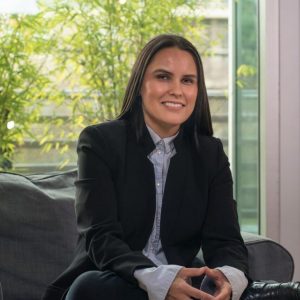 As the 21st Prime Minister of Canada, Paul Martin improved access to healthcare, established the first national childcare program, and reached a deal to resolve funding gaps to Aboriginal communities. Prior to that, he served as the Minister of Finance for nearly a decade. After politics, Paul Martin created the Martin Family Initiative (MFI) and the CAPE Fund to improve education, health and well-being outcomes for Aboriginal communities.

Carol Anne Hilton, MBA is the CEO and Founder of The Indigenomics Institute. A recognized First Nations leader, Carol Anne is of Nuu Chah Nulth descent from the Hesquiaht Nation on Vancouver Island. Carol Anne has led the establishment of a line of thought called #Indigenomics – the strengthening of Indigenous economies.  She is a sought-after advisor to federal, provincial and international governments and holds numerous and thought leadership appointment in Canada.

Join the #SocialValueMatters conversation this September!

When researching social value we find a variety of amazing projects and interesting articles.
But most of them are from abroad.
We'd love to know more about the social value movement and projects in Canada! Please share your social value projects here: https://conta.cc/3O9KnCW

June 27th is Canadian Multiculturalism Day. It is an opportunity to celebrate our diversity and appreciate the contributions of multicultural groups and communities to Canadian society. https://bit.ly/31gk7RJ #MulticulturalismDay