In Canada, National Indigenous Peoples Day is a special occasion to learn more about the rich and diverse cultures, voices, experiences, and histories of First Nations, Inuit, and Métis peoples.

As Reconciliation continues to have its necessary and rightful place at the forefront of Canadian conversation and action, SVC stands with all celebrating National Indigenous Peoples Day. We have a thirst to deepen our knowledge about the histories of First Nations, Inuit, and Métis Peoples, and to grow in the course of that learning. We hope you will join us on this important journey.

The Term ‘Stakeholder’ has an Important History

But have you ever wondered about its meaning? Historically, it was a gambling term used in the 1700s in Britain – those who had a stake in a wager (a bet). In English-speaking corporate environments today, it is often used to refer to partners. And yet ‘stakeholder’ doesn’t even translate into many languages. In French, ‘parties prenantes’ means ‘parties involved’. In Dutch ‘belanghebbende partijen’ refers to ‘interested parties’, or ‘concerned parties’. Throughout Indigenous history, the term stakeholder has been an offensive term with negative connotations.

In Canadian history, this term referred to the allotment of land to settlers. Settlers were given wooden stakes to claim their plot of land prior to any treaty or land negotiations. In essence, the land was stolen, leading to many of the issues linked to the need for Reconciliation today.

As also recognized by the United Nations through UNDRIP, Indigenous Peoples are not stakeholders; they are Aboriginal rights holders whose rights are protected under the Constitution of Canada. As we advocate for the first Social Value Principle, and a deep accountability for the impact we have on all people and the planet, the terms we use are important. This is a topic of discussion today, and going forward.

Learning about some Inspiring Indigenous Trailblazers 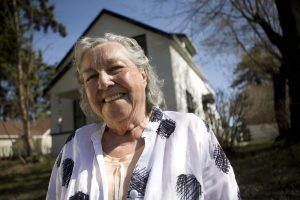 Have you heard about Thelma Chalifoux? Chalifoux was the first Métis woman appointed to the Senate of Canada. She was a strong advocate for women’s and Indigenous rights, Chalifoux was involved in organizations such as the Aboriginal Women’s Business Development Corporation and the Métis Women’s Council. As a senator, she was concerned with a range of issues, including Métis housing, drug company relations with the federal government, and environmental legislation. Chalifoux was also known for her work in the protection of Métis culture. Learn more about Thelma Chalifoux here.

Also take a look at Indigenous people that were just celebrated at the 2022 INDspire awards. 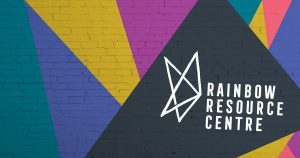 Indigenous Peoples honor two-spirited people. The Rainbow Resource Centre states “Our Elders tell us of people who were gifted among all beings because they carried two spirits: that of male and female […] Two-Spirit people were often the visionaries, the healers and medicine people. They were respected as fundamental components of our ancient culture and societies.” Take a look here to learn more about two-spirit people in Indigenous history.

Learn more about Indigenous Peoples, Communities, and History in Canada