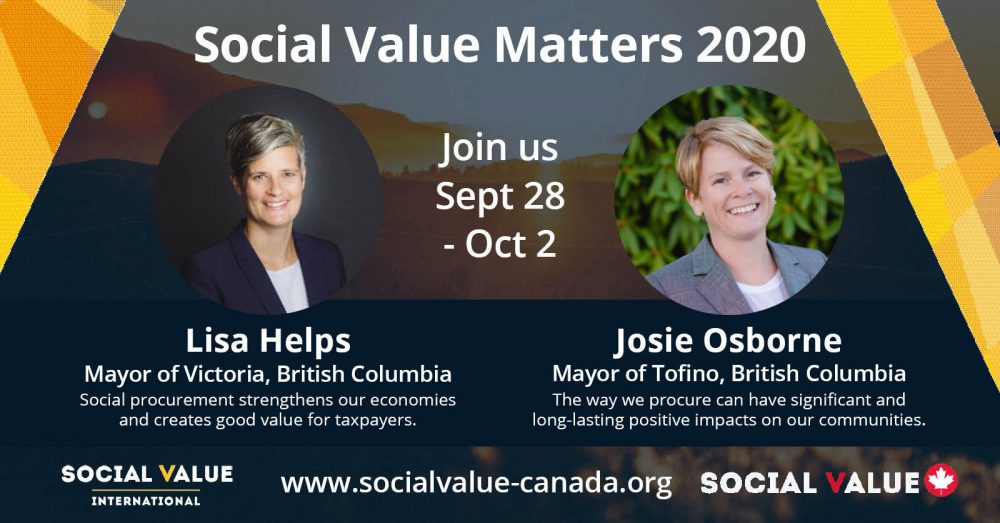 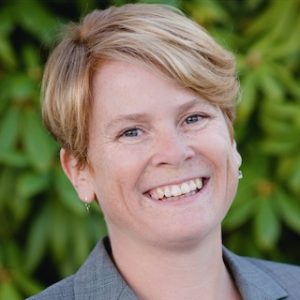 Josie Osborne is the Mayor of Tofino, on Vancouver Island. Voted in 2015 by Trip Advisor as the 8th best destination in Canada, Tofino is known for its booming tourism economy. The challenge is that tourism stresses the environment and creates housing and overall affordability issues for local residents. Since becoming mayor, Ms. Osborne has begun to address these challenges by creating more open and collaborative government. She is a strong believer in community-driven economic development.

As Mayor of Victoria, British Columbia since 2014, Lisa Helps was elected on a campaign to address homelessness, affordable housing, and voter frustration over delayed government projects. Ms. Helps has also worked on addressing pressing issues such as climate change and growing social isolation and loneliness, especially among youth and seniors. As mayor, she takes inspiration from the UN Sustainable Development Goals.

Join the #SocialValueMatters conversation this September!

When researching social value we find a variety of amazing projects and interesting articles.
But most of them are from abroad.
We'd love to know more about the social value movement and projects in Canada! Please share your social value projects here: https://conta.cc/3O9KnCW

June 27th is Canadian Multiculturalism Day. It is an opportunity to celebrate our diversity and appreciate the contributions of multicultural groups and communities to Canadian society. https://bit.ly/31gk7RJ #MulticulturalismDay